A blockchain is a chain of blocks, where a block is a blob of data holding relevant transactions and other data. This means that Octez — the Tezos blockchain implementation to which Nomadic Labs contributes — should optimize how it handles this particular data structure.

The recently-released Version 10 of Octez introduces a new storage backend for Octez, with new features and performance improvements (referenced as v0.0.6 in the Changelog).

In this blog post we will outline what these optimizations are, and how they work.

Octez node’s store in a nutshell

The storage layer of an Octez node has two parts:

Our Version 10 update is to the store part; context storage is unchanged.

The previous implementation relied on the generic key-value database LMDB. This works, but because it is generic it cannot accomodate optimizations that (in the Tezos use-case) would increase performance.

LMDB introduces a global lock when writing new data to the store. It has to because (in the general case) it cannot know how a write might affect the database.

Global locks are expensive, and in the Tezos use-case they are mostly unnecessary: intuitively, blockchains consist mostly of immutable data — except for forks on recent blocks as discussed below — so we know that fresh writes will not affect data if it is old enough, and in fact only a small lock on some concurrent read accesses is required.

We need a little background before we can flesh out the particulars of how to turn this insight into an optimized implementation:

Some background on time and consensus

Thus the blockchain can be treated conceptually as consisting of

We illustrate this with a graphic:

This new structure allows us to optimize the store, as we discuss next.

Cemented store manages cemented cycles (left of the no fork point illustrated above), which contain cemented blocks. A cemented cycle is a contiguous list of blocks which reflects the same notion of cycles from the economic protocol. These are immutable so they can have a fast ‘cemented look-up’:

A quick summary of why we have this distinction:

We now come to the merge procedure, whereby blocks in RO+RW are examined, organized, trimmed, and (where appropriate) shifted from the floating to the cemented store:

When shifting the no fork point forward,4 we move some blocks from the floating store to the cemented store using a merge procedure, as follows: 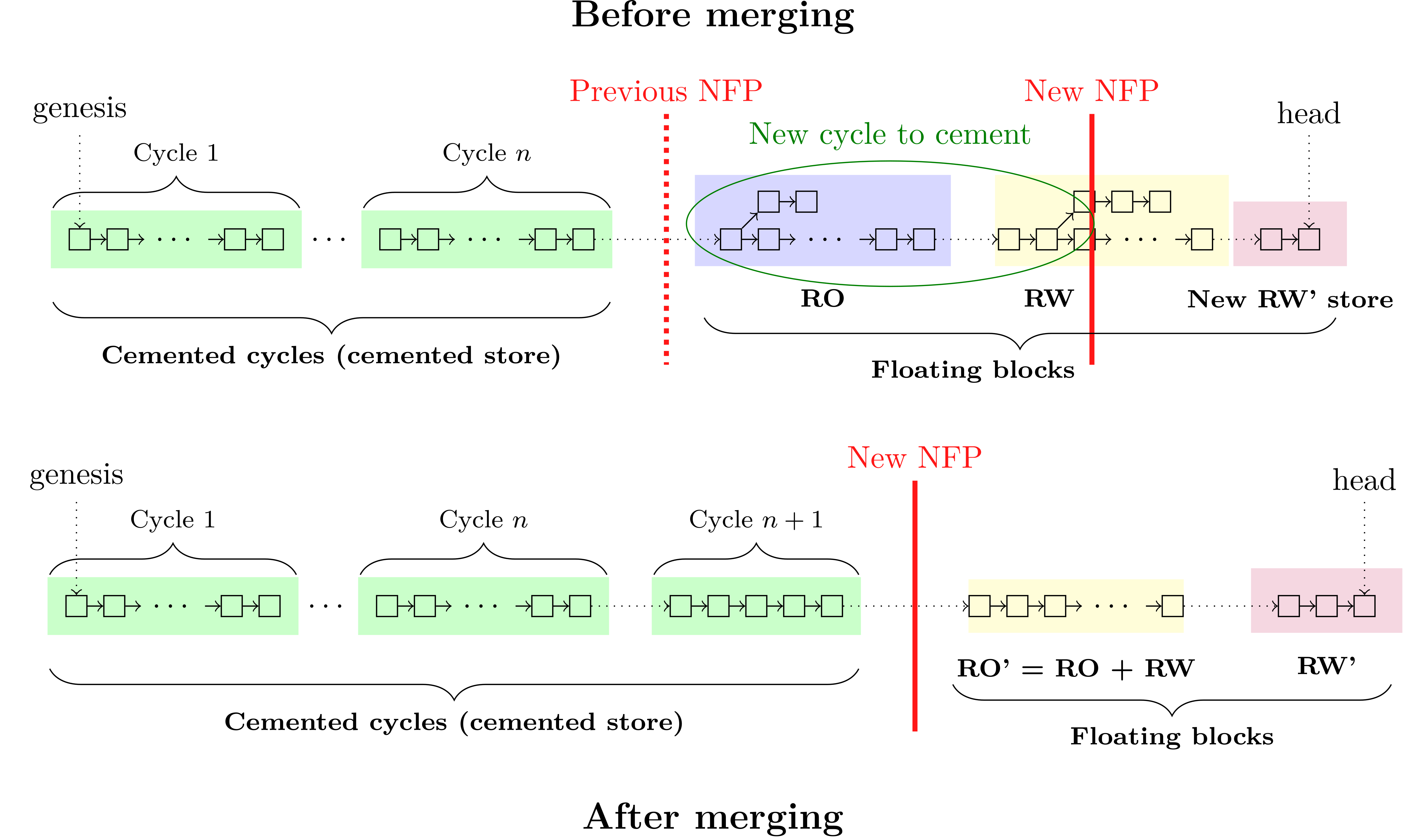 These benchmarks were computed on a mid-range laptop with SSD storage running a Tezos node with Mainnet data (which at time of benchmarking had approximately 1.65 million blocks).

We can benchmark the storage footprint below as follows:

Thanks to the new snapshot version and new store format — moving from the v.0.0.1 (in Octez <= 9.x) to v.0.0.2 (in Octez >=v10.x) — snapshots are lighter and faster to import and export. Indeed, snapshots are now based on the canonical layer of the store, which allows more optimizations: 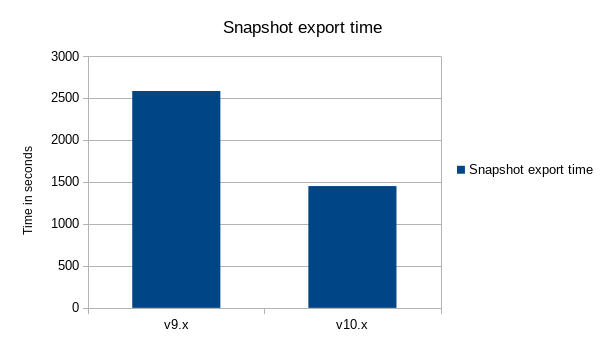 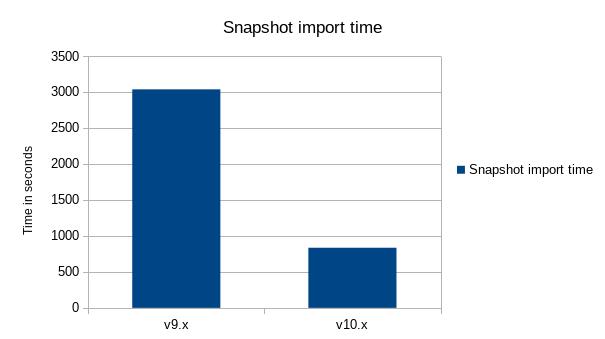 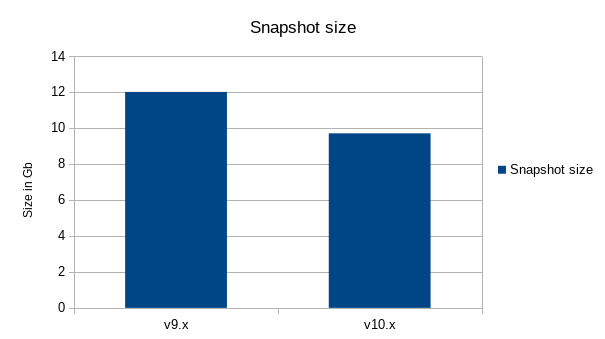 New features of the storage backend

The new storage backend of Octez version 10 is lighter and faster as discussed above. It is also more resilient and contains numerous other improvements and tweaks. We conclude with a brief changelog:

Further details of new features, and information on how to upgrade, are in the full Octez v10 changelog.